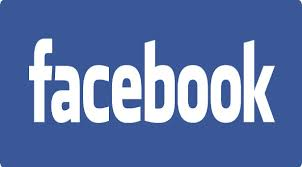 Facebook is a social networking site founded in the United States , on February 4, 2004 on-line. The main founder Mark Zuckerberg for the Americans . Facebook is the world's first photo sharing site , upload 8.5 million photos a day. As of May 2012 , Facebook has about 900 million users, is the world's largest social networking site. With the increase of the number of users , Facebook 's goal has been pointing to another area : Internet search . February 1, 2012 , Facebook officially to the U.S. Securities and Exchange Commission (SEC) proposed initial public offering (IPO) application , the target size of up to $ 5 billion of financing and appointed Morgan Stanley, Goldman Sachs and JP Morgan as the main underwriters. This will be the largest ever in Silicon Valley IPO. May 18, 2012 , Facebook officially listed on the NASDAQ stock exchange . June 2012 , Facebook said it would get involved in online payments.

Facebook is headquartered in San Francisco , California Avenue . As of 2012 , Facebook had 350 employees. Facebook founder Mark Zuckerberg , he is a student at Harvard University , graduated from Asdsley before high school . Initially, the registration site is restricted to students of Harvard College . Within two months after registration extended to other colleges in the Boston area , Boston College, Boston College, Boston University, Boston University, Massachusetts Institute of Technology , Te Fuci Tufts University and the University of Rochester, Rochester, Stanford Stanford, New York University, NYU, Northwestern Ivy League universities and all . In the second year , a lot of other schools have been joined . Eventually, on a global scale have a university e-mail suffix people like . Edu,. Ac,. Uk and so can be registered.

After that, Facebook can also be set up in high school and the company's social network. And since Sept. 11, 2006 , any user to enter a valid email address and your age , you can join. The user can choose to join one or more networks , such as schools , companies or regions.

According to July 2007 data , Facebook in all university students to serve as the main business site with the most users : thirty-four million active users , including users at non-university network. Period from September 2006 to September 2007 , the site ranked in the nation rose from the site of the first 60 to 7 . While Facebook is the top-ranked American photo-sharing site , upload 8.5 million photos a day. In 2010 the world's top 500 brands : Facebook Super Microsoft ranks first .

Origin of the name

Facebook site name from the traditional paper-based " roster ." Typically American universities and preparatory schools put this printed all members of the school community , " roster" issued to new students and faculty , to help you get to know other members of the school.