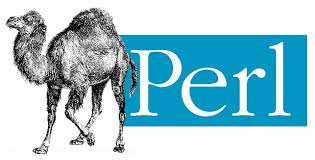 Perl was designed by Larry Wall (Larry Wall), he at December 18, 1987 publication. Perl borrows features C, sed, awk, shell scripting and other programming languages ​​. One of the most important features is that it integrates the functions of regular expressions , and a huge third-party code libraries CPAN. In short , Perl as powerful as C, like awk, sed and other scripting language as easy . Perl called "practical extraction report language " (Practical Extraction and Report Language), you may also see "perl", all letters are lowercase . General "Perl" There uppercase P, refers to the language itself, and "perl" lowercase p, is the running interpreter.

Perl called "practical extraction report language " (Practical Extraction and Report Language). It is a prospective language, rather than just short , Perl 's creator , Larry Wall made ​​first , but soon expanded to the second. That is why the "Perl" does not have all the letters are capitalized. Which is not necessary to argue correctly , Larry both recognized.

Perl was designed by Larry Wall, he continually updated and maintained by the programming language.

Perl has a high-level language ( such as C) power and flexibility . In fact, you will see that many of its features are borrowed from the C language .

Perl and scripting languages ​​, Perl does not require the compiler and linker to run the code, you have to do is write a program and tell Perl to run it. This means that the Perl programming for quick solutions to small problems and creating prototypes for large events to test potential solutions is ideal .

Perl provides scripting language (such as sed and awk) all functions , as well as they do not have a lot of features . Perl also supports a sed to Perl and awk to Perl translator .

In short , Perl as powerful as C, like awk, sed and other scripting language as easy .