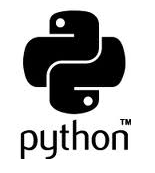 Python is a language for representing simple ideology . Reading a good Python program feels almost like reading English . So that you can focus on solving the problem rather than the language itself .

Python is extremely easy to use, because Python has a very simple documentation.

Reading its source code , make changes to it , it is part of the new free software. FLOSS is a community -based knowledge sharing concept .

When using the Python programming language without the need to consider how to manage a class of low-level details of memory used by your program .

One such as C or C + + program written in a compiled language can be converted from a source file ( ie, C or C + + language ) into a language that your computer uses ( binary code , namely 0 and 1 ) . Through this process, the compiler and various flags and options . When running the program , the linker / loader software to copy the program from your hard disk into memory and run . The Python language is not required to write a program compiled into binary code. You can run the program directly from the source code . Inside the computer , Python interpreter converts the source code into an intermediate form called bytecode , and then translate it into machine language computer use and operation. This makes using Python much easier. Python also makes programs more portable.

If you need a critical piece of code to run faster or want some algorithm does not open, you can use part of the program written in C or C + + , and then use them in Python programs .

The Python Standard Library is huge indeed . It can help with various tasks, including regular expressions, documentation generation , unit testing , threading , databases , web browsers , CGI, FTP, e-mail , XML, XML RPC, HTML, WAV files, cryptography , GUI ( Graphical user Interface ), Tk and other operating system-related . This is called Python's " fully functional " concept. In addition to the standard library , there are many other high-quality libraries such as wxPython, Twisted Python image library and so on .

Python uses indentation to force a way that the code has a better readability. The Python language is not required to write a program compiled into binary code.

Many times you can not even write one line program , such as import sys; for i in sys.path: print i. While no such restrictions on perl and awk can be more convenient to complete a simple procedure in the shell, do not need such as Python , must be written to a . Py file program .

It probably should not be called limitations, but it is indented to distinguish the relationship between the way the statement was brought to a lot of confusion for beginners . Even very experienced Python programmers, which is also likely to fall into the trap . The most common situation is mixed tab and space will cause an error , but it is not with the naked eye , respectively .

As a dynamic language , creating and using variables anywhere Python has brought us great convenience . But it also makes the program is not rigorous, it may appear that only certain errors in the operation . So, using the Python programming, you want to type do know the answer . It also enables Python IDE tools can not provide a convenient auto-complete function. About "no type " argument is completely wrong . A look that people do not understand python write . python is a "strong type " , " dynamic binding ."

Refers to the comparison with C and c + +.