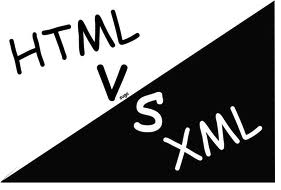 HTML is a markup language that is used to design web pages. It is written in predefined tag elements. Its primary purpose is to display data with focus on how the data looks. XML is a markup language whose primary purpose is to transport and store data. It is a language that can be used to develop new languages and define other languages. It does not have a predefined set of tags, and allows the developer to customize tags.

HyperText Markup Language (HTML) is a well known mark up language used to develop web pages. It has been around for a long time and is commonly used in webpage design. XML or Extensible Markup Language defines a set of rules for encoding documents in a format that can be read by both, human and computer. 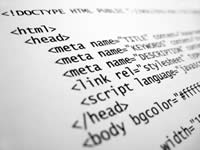 HTML is written using HTML elements, which consist of tags, primarily and opening tag and a closing tag. The data between these tags is usually the content. The main objective of HTML is to allow web browsers to interpret and display the content written between the tags. The tags are designed to describe the page content. HTML comes with predefined tags. These days, web pages are rarely only designed using HTML.

XML on the other hand, is a mark up language that is fairly new and was launched in 1996 as an adaptation of SGML (Standard Generalized Markup Language). The main purpose of XML is to be an independent hardware tool used to transport and store data with focus on what the data is. XML removes the constraint of sticking to pre-designed tags and gives developers the freedom to design new tags. It was developed to create standardized specifications for creating custom mark-up languages. XML-based languages include RSS, Atom and XHTML. It is neither a programming language not a presentation language. It is known as meta-language, or a language that can be used to define other languages.

The XML is well-formed and has strict set of rules. Well-formed generally means that it satisfies a list of syntax rules provided in its specification. Containing only properly  encoded legal Unicode characters, no use of special syntax characters, element tags are correctly nested, etc are a few example of the syntax rules. It also includes a well-formed declaration that states the type of document it is and what processing rules should be applied.

In HTML, when a page created, the processor tries to make sense of the page and generates the content of the page. It does not require strict rules regarding the format of the page. It will generate the page best to its ability even with errors present. In XML, however, if certain rules are incorrect or the processor cannot comprehend something, the processor will generate an error code and terminate processing the file. It includes an error-handling mechanism referred to as ‘draconian’. Further specifications of both languages, including limitations are listed in the table below.