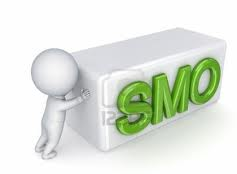 Social media is great for users to participate in the new online media space , which has the following characteristics:

Social media people can actively contribute to stimulate interest and feedback , it blurs the line between media and audience

Most social media are free to participate, they encourage people to comment , feedback and share information. Participation and use of social media content in virtually no barriers

Traditional media to adopt a " broadcast" the form, content spread by the media to the user , one-way flow. The advantage of social media , the spread between two-way media content and users , which formed a kind of exchange

Traditional media to " broadcast" in the form of a one-way transfer the content to the audience . The social media is more is considered to have the characteristics of a two-way dialogue

In social media , people can quickly form a community , and content in photography, drama or political topics of common interest for the topic, adequate communication

Most of the social media have a strong communicative , through links , will be integrated into a variety of media together .

A variety of social media on the Internet can be divided into eight categories :