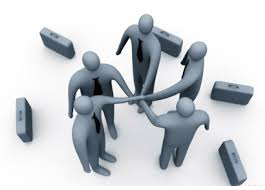 Entrepreneurs are mostly laid-off workers , for various reasons do not want to lose their land or rural farmers barricaded , and just graduated from college can not find work. This is the maximum number of wave of entrepreneurial Chinese population . Survey Tsinghua University , said this type of entrepreneur , accounting for 90 % of China's total number of entrepreneurs . Many of them are driven to revolt , to make a living I enjoyed. Venture range are generally confined to commercial trade, engage in a small industry, it 's basically a minor industry . Of course, because of the opportunity to grow into medium-sized enterprises , but very few , and now the domestic market has been like 20 years ago, like Mr Liu brothers , Lu guanqiu , Nan cunhui them that the era of entrepreneurship , economic shortages mechanisms confusion , opportunities everywhere. Now this era, plenty eyes open every day all over the world find the money Zhu Er, have less opportunity to make money by saying it is the wolf little more meat , just want to rely on the opportunities and succeed , already is unrealistic fantasy.

Is the last in the party , government, military , administrative and institutions acquire a certain amount of power , those in state-owned enterprises , private enterprises during the period when the managers who gather a lot of resources at the chance when appropriate , Municipal sea single step , start a company to do business, the actual is the past realized power and market relations , intangible resources will be realized tangible currency. In the late 1980s to the mid-1990s , the first category is realized by most, while now the second category were mostly realized . But the first class is realized by the current trend on the rise again , and a considerable part by the local government to encourage , such as the introduction of some local governments to encourage civil servants paid to the sea, allowing government officials after the venture failed policies back to the original work , both for the first category realizable type entrepreneurs waves. This is a flagrant violation of the market economy environment , man-made acts of unfair competition in the market .

According to the survey , also found that there is a strange type of entrepreneur. In addition to money, they do not have clear goals. Entrepreneurship is like , feel like the boss . They do not care about what they do , what will be done . May be doing such a thing today , tomorrow and in doing that one thing , you can completely irrelevant between them do. Some of these people even have no apparent interest in making money , and never consider their own entrepreneurial success and failure . The strange thing is , this kind of money and a lot of entrepreneurs , business failure rate is not higher than those conscientious, diligent entrepreneurs is high. Moreover , this kind of entrepreneur mostly been very happy . Efforts to seek a report which wanted the truth , later found to be futile . It seems that this phenomenon , in addition to "positive, relaxed state of mind " is more sensitive to external changes and easier to find opportunities to explain , the other can be explained, but also had to pull a saying " big woods , what birds are ."

Like carrots, cabbage , even though nutrients, taste different, but they are vegetables, are available for people to fill their stomachs to fill , nourish the body , it is their commonality. Entrepreneurs also have something in common . Study their commonalities , and capitalize on these similarities, is a very meaningful thing . Tolstoy said: "Happy families are all the same , unhappy family is unhappy in its own ." Apply these words, we can say : "Successful entrepreneurs are the same , failed entrepreneurs are each have their own reasons . " by studying those successful entrepreneurs grasp commonalities , and these commonalities contrast yourself, you can at least understand that they are suitable for business. If entrepreneurship is more likely to succeed , or even higher failure rate.