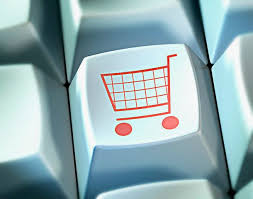 Internet shopping got off to a rocky start with thousands of clumsy cyber malls, before specialised retailers showed a better way. Now comes the third wave: the mega store

JUST three years ago, electronic shopping was the online mall. Thousands of cyber plazas appeared, attempting to duplicate the malls' success across America. But consumers took one look at the near-random selection of stores in each, the baffling procedures required to buy anything, and fled back to the familiarity of the real world. Over the past year dozens of malls, including such well-funded giants as Market place MCI and IBM's World Avenue, have gone under, while most others retain only a ghostly presence on the Web.

In their place arose a much more promising model, the specialised online retailer. Amazon.com, a bookseller, CD Now, a music store, PC makers such as Dell, and various flower and gift stores are thriving, proving that Internet retailing can work, properly done. This was a business, the experts reckoned, where individual “best-of-breed” stores would dominate each category; only the most specialised companies would be able to out-innovate their online competitors and keep customers from clicking away. “R.I.P. On-line Malls,” intoned Forrester Research, a consultancy.

So how to explain the startlingly impressive numbers claimed by a rather mall-like new shopping site called Net Market, run by CUC, a big name in real-world direct marketing? This site sells everything from music CDs, books and videos to travel, cars, even kitchen appliances and home furnishings. Today, says Walter Forbes, CUC's chairman, the service can satisfy about 20% of a typical family's retail needs. In three years he reckons a family could do 95% of its shopping in his online store. Thanks to a vast inventory of more than a million products and services, along with deep discounts, CUC looks set to sell goods worth more than $1 billion in the next year. Unlike most of its competitors, CUC is profitable, with more than 400,000 online shoppers who each pay $49 a year for the privilege of joining CUC's shopping “club” and getting members' discounts.

Net Market has succeeded where others have failed for the simple reason that it is not a mall at all, but one of the pioneers of a new kind of online retailing. This third wave is the online “megastore”, a single site that sells a mall's worth of products but with the best specialised retailers' efficiency, discounts and streamlined buying.

Wal-Mart on the Web

With its formula, NetMarket hopes to do to cyber space what WalMart did to the small-town high street. NetMarket offers almost as many books as Amazon, as many CDs as CDNow, as many cars as Auto-by-Tel, and so on through most of the big Web retail categories. Its prices are usually lower than its specialised competitors, thanks to volume and its “buyers' club” model, in which customers pay a membership fee for steep discounts. NetMarket is also easy to use. Customers have only to cope with the registration process and learn how to grapple with one interface; they can also accumulate frequent-shopper discounts in any part of the site.

CUC is not alone in establishing the online mega store. In July, Idealab, a firm that launches start-ups and is run by Bill Gross, one of the Internet's most prominent entrepreneurs, launched Shopping.com, which also offers about a million products in most of the same categories as Net Market. In October, Excite, which is evolving from the second-largest Internet search site to a fully fledged online service, bought NetBot in order to acquire the firm's shopping-agent technology, with which it hopes to create a virtual megastore. QVC, a TV home-shopping firm, has expanded to iQVC online with 100,000 products. Even Wal-Mart itself is now on the Web, with some 140,000 products.

In the physical world, megastores such as Wal-Mart thrive on high volume, deep discounts and speedy, flexible supply chains that allow them to change prices and product mix on a daily basis. They can follow their customers' shopping habits so closely that they can learn their likes and dislikes and target them with exactly the right promotions. Because a megastore crosses so many product categories, it can pitch, say, the travel service to outdoor-equipment shoppers. Megastores are above all a product of the computer age: only with automated supply chains and inventory management can such retailers achieve such efficiencies and agility.

Online megastores take this approach to its logical conclusion. Rather than perfecting their capacity to fine-tune inventory, NetMarket and Shopping.com have dispensed with inventory altogether. Instead, they pass the order along electronically to manufacturers or distributors who then ship the goods from their own warehouses direct to the buyer. Order six items from NetMarket, and you may receive six boxes, each from a different source. Rather than having flexible shelf space, online megastores have unlimited shelf space instead.

Ultimately, the online retail market seems likely to favour just two models: the best-of-breed specialists such as Amazon, and the good-enough-for-everything megastores. Where does that leave the malls, the solo small fry, and the second-tier specialists? Lost in cyberspace, unless they can find a way to achieve the same advantages. Excite's purchase of NetBot suggests such a way. Shopping “agents” such as Netbot's Jango can mimic a megastore by searching across many stand-alone stores for a product at the cheapest price. A consumer sees only Jango's software within his Web browser; when it is time to buy, Jango automatically fills out the forms with the shopper's details, hiding the rigmarole of each store's interface. To a shopper it would seem as if different sites were as alike as the departments in a megastore.

Or so the theory goes. At the moment, Jango is relatively good at searching and comparing prices, but most automatic buying is still beyond it. Excite says that getting this to work is its chief concern as Jango is fitted into its shopping channel. Yet, however good Excite's intentions, this will not be easy. The firm will have to program the agent to find its way through hundreds or thousands of stores, each of which is constantly rearranging its virtual aisles. But should Excite succeed, its approach could go far. If Jango were to record its master's buying patterns and supply them to the stores it searches, it could enjoy many of the direct-marketing advantages of a NetMarket's database. Put like that, such agents might seem destined to render megastores obsolete.

Instead, the two retail models could eventually become indistinguishable. In a sense, NetMarket and Shopping.com are shopping agents themselves. They have no warehouses and never handle the products they sell; instead, they search for bargains, bring them to customers under a single interface, and transmit the orders back to the original source—just like Netbot. The difference is that CUC and Shopping.com secure their supplies with people, contracts, and a lot of work to make the databases compatible. At the moment the lack of standards, rapid pace of change and sheer number of online stores mean that Netbot is a clumsier way of shopping. But one day agents will become retail brands just as supermarkets are now.

What are the odds that shoppers will let software push their trolleys? If it means finding what they want, faster and at cheaper prices, not bad. Such desires have caused retail revolutions before.